Recently Bangalore had been given the much demanded permission to stay out at eateries and restaurants until 1 am all through the week. Since Bangaloreans behaved well during this small experiment of two years, the excise minister, SY Meti, announced on Thursday, July 14, that even bars and pubs will be open till 1 am both on weekdays and weekends. The new deadline was to be implemented from Friday itself.

Police commissioner, NS Megharik, announced that the department completely supports this change and are quite confident on handling issues that may arise out of this. The chief minister of Karnataka, Siddaramaiah, has also announced his endorsement, and has also defended it as a necessary move for a cosmopolitan city like Bangalore to function.

Though this has been a much-awaited change, different people across the city have been reacting in different ways. “It’s nice that Bangalore got an extension on its night life. As a night shift employee one could clearly guess how my daily schedule works (4pm to 1 pm). Me and my friends have been disappointed quite a lot when the last call for a karaoke number would be called out at 11:30 pm, since we would only walk in by 9 or so. The extension would actually rejuvenate our weekends after a week of slogging at our cubicles”, said Pradeep, an employee at Accenture.

“Since more people will be out on the street past midnight, Bangalore will actually become a safer city at night. It’s not like such timings are new to the residents of this city. Despite the deadline, they just retire to their safe corners once their favourite pubs and restaurants are pressured by the police to throw them out on the street boorishly. I can’t wait to see how the city reacts to this”, said Anurupa, a PR Professional.

“The only issue that remains to be sorted out is the issue of transport”, pointed out 23 year old event-manager, Varun. “Though Ola and Uber are easily accessible, the surge for booking would also extend up to the deadline.”

“The bands that play in this establishment are always disappointing their audience by denying the second call for encore. We feel quite unjustified in the role of bringing the concert or party to a halt, because of the constant fear of police entering the establishment and creating ruckus. We have to switch off lights sometime to disperse the customers, in addition to going on multiple rounds informing them that ‘it’s time’. Though the actual reaction to this extension could be charted only across the duration of few months when people have accepted it as a norm,” said Dheeraj, manager of Opus. 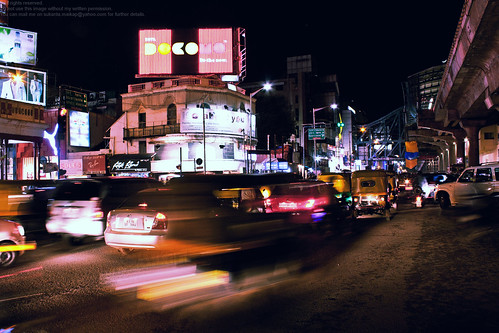 The difference between standard and deluxe is many colours

Lakkasandra for all moods